Interest rates are meant to stimulate the economy and have been negative in Japan, Europe and Switzerland. But in practice, it hurts banks’ profitability and can affect the functioning of money markets funds – 2 key components of modern financial system.

As such, we do not believe negative interest rates are healthy and needed given the availability of other policy tools – use of central banks’ “credibility” and more direct financial assets purchase.

As worries over the economic fallout from the COVID crisis have intensified, investors have priced in negative policy rates in the U.S. and elsewhere.

In fact, some options traders are even betting that the Fed funds rate will be as low as -0.70%!

This is surprising given that over the last weekend, the Federal Reserve Chairman, Jerome Powell, reiterated that NIRP is not a tool the Federal Open Market Committee is considering.

1. Why would a central bank choose to set negative interest rates?

When central banks want to stimulate the economy, they lower short-term interest rates to incentivise people to spend (because they are earning less interest in their checking/savings account) or to borrow (because they have lower interest costs).

So, do negative interest rates follow this according to theory?

Firstly, in theory (and big stress on “theory”), bringing policy rates below zero—say from 0% to -0.25%—should be largely the same as lowering rates from 0.25% to 0%. Some would even argue that negative rates amplify easy central bank policy. Because negative rates mean your average bank would have to pay to park their excess capital at a central bank, NIRP could incentivise such banks to lend more, or to purchase assets at longer maturities or with lower credit quality (in order to make a profit).

Secondly, setting negative interest rates (i.e. breaking the “zero lower bound”) also helps to keep long-term interest rates low because investors have to price in the probability that rates are below zero in the future too.

2. What are the challenges of negative interest rates in practice?

It turns out that there is a big gap between theory and reality for three key reasons:

Firstly, bank profitability is reduced in NIRP. This happens when banks do not pass on negative rates to end consumers (like businesses or households who wants to borrow and invest). Currently, banks in the Eurozone have chosen to shelter their depositors from negative rates at the expense of profitability—shouldering the costs of negative interest rates themselves. With lower profitability, the ability to absorb any loan losses is compromised and that inhibits banks from making future loans, which in turn hurts economic growth. Thus, starting a negative vicious cycle.

Thirdly, rates cannot go that negative. At some point, a very negative interest rate incentivises people to hold hard currency. Of course, stockpiling currency and keeping it safe comes with a cost. The ECB suggests -0.75% is the point where citizens will rotate from deposits to holding cold hard cash.

3. So, what could the central banks do if the economy deteriorates further?

The inconsistencies between NIRP theory and reality are significant. Hence, we believe that central banks can do other policies first before venturing into negative interest rates territory.

Firstly, in regimes with central bank independence, the central bank’s “credibility” is a policy tool by itself. An example of this was in 2012 when the ECB stood ready to do “whatever it takes” to preserve the euro, thus subsiding the crisis.

Secondly, the central banks can increase their purchases of financial assets (a.k.a quantitative easing). The Federal Reserve can influence the average Americans where it matters most: their mortgage payments by increasing the purchases of mortgage-backed securities (by driving the security prices up and their yields / mortgage borrowing costs down).

1. Be positioned to benefit from low interest rates environment

Given that central banks have other tools to use to stimulate the economy, we believe that negative interest rates are very unlikely globally. But a low interest rates environment is like to persist.

So be positioned to benefit from it.

The strategy is designed to avoid companies that do benefit from low interest rates and to invest in those benefiting from this.

Investing involves risk, including the possible loss of money you invest, and past performance does not guarantee future performance. Historical returns, expected returns, and probability projections are provided for informational and illustrative purposes, and may not reflect actual future performance. Crea8 assumes no responsibility for liability for your trading and investment results. It should not be assumed that the methods, techniques, or indicators presented in these products will be profitable, or that they will not result in losses. Past results of any trading system published by Crea8, are not indicative of future returns by that system, and are not indicative of future returns which will be realised by you. Crea8 and all officers of Crea8 shall not be liable for any loss that you may incur. 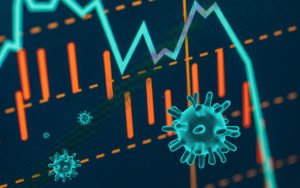